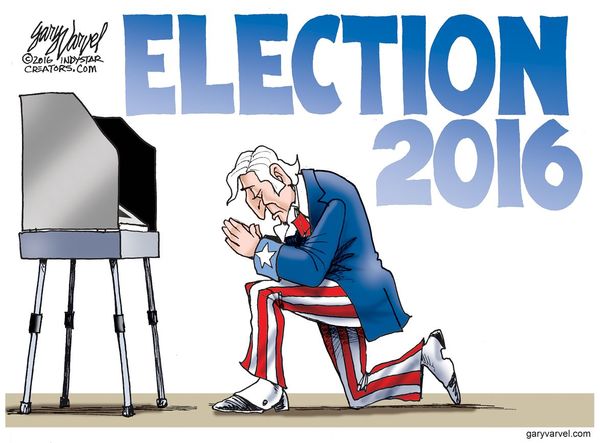 Release to the Captives

Churches censor “politics”, even though
* “Governments” is a Holy Spirit Gift.
* Jesus Changed Government.
* Our Examples of Faith in Hebrews 11 changed governments.
* Prayer isn’t the only way 1 Tim 2:1-2 says to change laws.  3 other activities are given us. God doesn’t want us to just talk to Him about the problem instead of witnessing to the people causing the problem. God asks us to lobby our government for the purpose of reducing its support of evil and increasing its protection of good. (See “Page 12” at this link.)

If you want to shine, even in government-supported Darkness – as Matthew 5:13-16 asks – not just pay others to shine, you want the fellowship of a “Multitude of Counsellors”, a spiritual, world-changing “Partnership Machine” “turning the world right-side up”, Acts 17:5.

HELP! Half of America’s Christians vote Democrat, doing things to America which send souls to Hell. The other half votes to keep “the stranger” (immigrants) unwelcome, which Matthew 25:41, 46 warns is another road to Hell! Especially since the most promised tool for driving out “the stranger” is Mark-of-the-Beast tracking technology (Real ID, updated into E-Verify) which is the Bible’s surest road to Hell!

Meanwhile “the worst and most bloodthirsty form of false religion that humanity has ever known” is “rapidly spreading all over the world”, especially over Europe whose 2030 goals of “legal identity for all” through its national identity databases are able to interface with the system being fast-tracked by U.S. Republicans, into a worldwide system.

The response of “Church”? Don’t allow members to pass voting information, in “church”, that might be “controversial”!

Or maybe can we do something here?